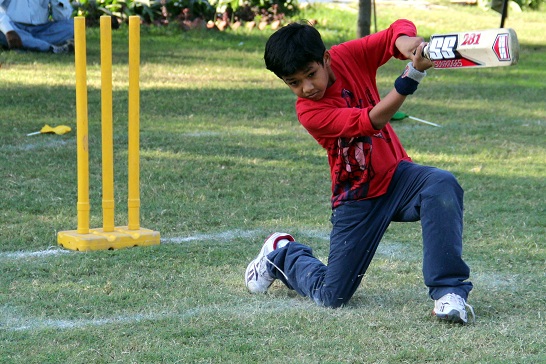 What does it mean and how is it relevant in sport?

Up until the start of this century, the term physical literacy was occasionally used but never given much thought in terms of its meaning to the complete experience of human life. Until 2001 it was defined as having the physical competence and also about being able to perceive intelligently and respond appropriately.

Now over time, the definition of physical literacy became â€œthe motivation, confidence, physical competence, knowledge and understanding, to value and take responsibility for engagement in physical activities for lifeâ€.

Many sport organizations and academies are now developing their own model, and they all begin with physical literacy as the foundation, consisting of the three phases that occur before puberty. These are the Active start phase, between birth and 6 years, the FUNdamental stage, between 6- 9 years, and the Learn to Train stage, between 9- 12 years. The application of physical literacy and how it is operationalized from the perspective of sports has unfortunately not been well developed or researched, it has simply defined it in terms of the child learning the fundamental movement skills and the fundamental sport skills in a manner that demonstrates confidence and competence in a wide variety of movements and environments.

Despite over ten years of talk about the importance of physical literacy, many children are not getting the movement exposures that they need to become competent and confident in performing the physical movement. And this is having an impact on the quality of the movement skills children are bringing with them when they pursue the sport.

And in response, some sports academies in Europe and the US are now closely looking at the Fundamental phase ( 6-9 years ) and the Learn to Train phases ( 9-12 years ), in terms of the physical literacy skills needed for their sport. So, the initial problem for these sports academies is that they need to address how to ensure that children progress through the competition pathways so that they have the relevant base of physical literacy that permits them to easily learn the more complex sports skills.

Then arises the issue of deciding what specifically contributes to moving with confidence and competence, so that they can train that characteristic. The general definition of a wide variety of movements, experiences, and different environments approach comes from the subject of Physical Education. This general idea might be quite suitable for children below 6 years of age, the Active start phase, but after that, what specifically needs to be done to ensure the correct type of physical literacy?

To address this there has been a shift to looking at moving with competence and confidence in terms of stability and balance, both of which are neurologically based. Sports scientist, Larry Meadors, views physical literacy in terms of stability and balance control as being the neurological foundation for the more advanced transportation and object control movements. The purpose of stability training is to teach the athlete how to maintain and control body movement.

And the types of movements here include bending, stretching, spinning, turning, pulling and pushing. The balance control involves teaching the athlete how to shift body parts that alter balance and teach the brain how to make the necessary muscle and nervous system adjustments. The attributes of moving while spinning and stopping, rolling and twisting, landing and swinging, falling and dodging, all fall into this balance control category.

The proficiency of transportation movements such as climbing, running and jumping, etc. require good stability and balance control. As does object control involving throwing and receiving, running, and striking objects. Adding complexity is the mechanical inefficiency of the prepubescent athlete. The mechanical efficiency of the athlete is not fully developed until after puberty when full growth and maturation have completed.

And while the bulk of the neuromuscular development that underlies stability and balance is completed before 12 years, the structural components of stability and balance such as the visual, the vestibular, and the proprioceptive systems are not fully developed until 16 or 17 years of age. And this would have an impact on the prepubescent athlete’s mechanical efficiency. In essence, the focus on physical literacy does not end at age 12 years, as the LTAD model suggests, but requires ongoing development throughout the athlete’s career.Â

As an example, the National Canadian Basketball league uses a similar approach to the physical literacy needs for playing basketball. The basketball movement proficiencies are proposed in 2 categories. The first involves the general fundamental movements, such as pushing, pulling, lunging, squatting, bending, twisting, and the three transportation modes of walking and jogging and sprinting. These movements are combined to create basketball movement characteristics such as dodging, throwing, catching and jumping. The players are taught to perform these fundamental movements in three planes of the body.

Another dimension to the sport specific physical literacy training has recently been proposed with regards to injury prevention. It has been suggested that collision avoidance, stumble and recovery after a collision, safe falling and sliding, fall recovery, landing from a leap after a collision are also really necessary physical literacy training for all team sport athletes. So it can be assumed from these examples that moving confidently and competently is essentially sports specific, requiring sports academies to invest much more input into the physical literacy experiences of children between 6 to 12 years and beyond.Â

Therefore, for a country like India, Physical Literacy is something which needs to be introduced at the grass root level for all children coming from all stratas of society and from all corners of the country, not just for the creation of better athletes and sports stars but more importantly for the health and fitness of our future generation.

Open chat
Hello 👋
How can we help you?